Editor's note: resources and zines with information about the war and how to help are collected at edist.ro/solidarity. 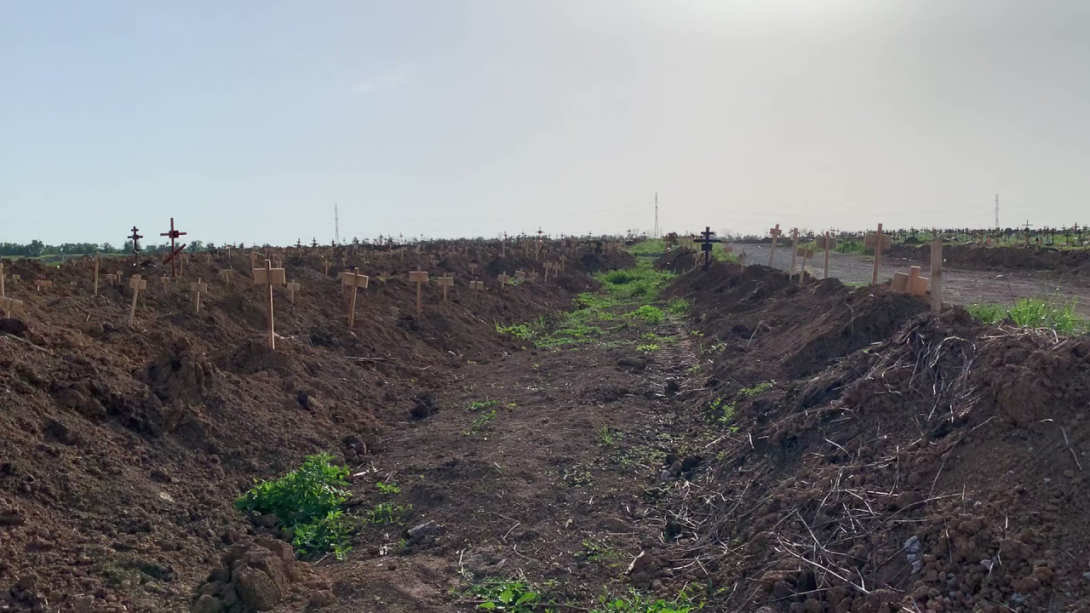 In these Russian-controlled parts of the Donetsk, Zaporozhye and Kherson regions, life is barely glimmering, so the weakest and most disadvantaged ones cannot survive on their own. It's under such conditions that mutual aid and solidarity from theoretical constructs become a matter of life or death and can give rise to new relations in society. It seems that this is exactly what the occupying authorities are afraid of when they seek to suppress even the most peaceful horizontal efforts.

For example, the town of Tokmak in the south of Zaporozhye region was captured in the first days of the full-scale aggression. For humanitarian volunteering and evacuation people can be sent to a detention center, the stores have high prices with goods from Russia or Crimea, while pharmacies don't work at all. At the very beginning, the residents organized pro-Ukrainian rallies. After the next one, the Russians walked over the deputies who were at these rallies, took them out with packages on their heads, and beat someone. There were many volunteers, they were also detained, forced to cooperate, otherwise they were given a day to leave - otherwise, they say, would not give life them.

Humanitarian aid from Ukraine is not allowed into the town. Basically, individual volunteers deliver food and medicines at their own peril and risk. The invaders, according to locals, take the volunteers to isolation wards, useforce and electric shock to them.

Pharmacies don't work because none of them agreed to cooperate with the occupiers and to import their medicines. Doctors also mostly all left, a small number of staff remained. Getting proper medical care in the occupied part of Zaporozhye region is almost impossible. Someone goes to the doctors in neighboring Melitopol or tries to reach the Ukrainian-controlled part. In the second case, people need to apply to the commandant of Tokmak for permission to go to the Zaporozhye hospital. Finding a carrier across the front line is a problem too. If you are a carrier, it's better to keep silent about it: the occupiers hate people who leave, as they allegedly came to "save" them.

The invaders tried to open one kindergarten, but the staff refused to go to work. Schools in Tokmak ended the school year in advance so that the children would not have to finish their studies under the Putler's[1] administration.

Everyone, regardless of age, can get "to the basement": as the occupiers themselves admit, there will be enough places for everyone. For example, they kept 18-year-old activist Arthur Yaroshevsky, a student of the Tavria State Agrotechnological University, in the police station of Primorsk for several days trying to force him to collaborate. When the war began, Arthur joined in the preparation of dinners for locals in need. The guy (on the photo) also delivered food packages to townspeople who had the hardest situation. But even such apolitical volunteership is not to the occupiers' liking:

On the first day when they arrested me, I could not get used to the stench for a very long time. Toilet, bed and table were very close to each other.

I was offered to eat porridge and cold soup (obviously a week old), but thanks to my mother, she passed on everything I needed every day. They didn't beat me, but they pressed me psychologically.

The orcs [Russian soldiers] wanted me to be silent, so that I went over to their side and collaborated with them, they thought that I was an administrator in local Telegram channel.

For me, the five days that I spent in isolation were five days of reflection and apathy, five days of hatred for collaborators. The invaders told me how great they are, that our land is now the territory of Russia, and there will be no more Ukraine, they urged me not to get involved in politics and write less on social networks".

Luckily, Arthur was released. Then, he and his family evacuated from Primorsk, first to Zaporozhye and then to Western Ukraine.

Around noon on July 5, another volunteer, Alexander Teplov, born in 1980, disappeared in Melitopol. Relatives applied to the commandant's office, but there told that they don't have Alexander. The previous day he brought people and humanitarian aid from Zaporozhye. Whether volunteering is connected to his disappearance is unknown. Such an assumption is suggested due to the June kidnapping by Kremlin military authorities of a humanitarian organizer Ilya Yenin from his home in this town, and we published a material about his team. At the moment, there is no news on his fate too. 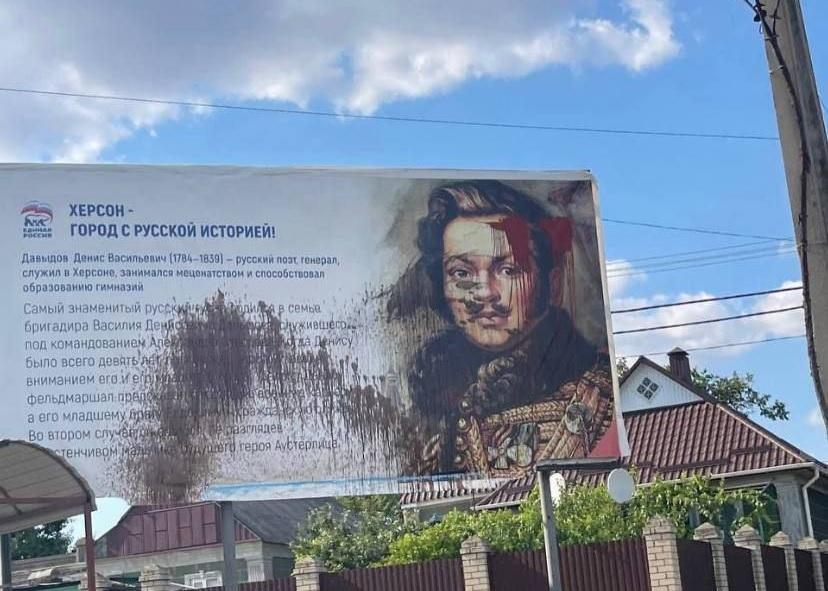 From Mariupol, оver the past month, information has been coming in about street disobedience, rather social than patriotic. Such evidence appeared on June 28: the occupiers planned to demolish by blowing up the nine-story houses on the Solnechna str. 1, 3, 5 and 7.

However, the locals were notified a day in advance and they were not able to take out their personal belongings. The arrival of the Russian emergency servicemen was met with a protest, which in itself became a surprise for them. People literally lay down under the tractors. With the participation of local collaborators, an agreement was reached to postpone the detonation to next week. Moreover, after the action, the occupation administration of Mariupol issued a "circular-clarification" that the demolition of the houses will take place no less than two weeks after the first notification to the residents.

On June 27, humanitarian HQ in the Metro shopping mall began to pay wages to "volunteers" - people who worked on clearing debris and improvement. On-site control was carried out by the Russian parliamentarian Dmitry Sablin, visited Mariupol for it. So, instead of the announced salary for one and a half months, people were given 11,000 rubles for just one month. "They offered to "forgive" the balance in half a month. An actual riot began at such a level that access to the Metro was closed, and people were dispersed by the Russian military with shots in the air. It is understood that the rest of the cash remained with Sablin and his team of collaborators. But the very fact of active action took place". Along with this, let's remind that at the very beginning of the siege and humanitarian catastrophe there, crowds of locals looted another shopping center, Port City, and we then shared this video of what these scenes looked like.[2]

On July 6, an adviser to the Mariupol mayor, Petro Andryushchenko, reported a new protest in Volonterovka. More than 500 people and 200 children are left there without water, electricity and any kind of attention from the occupying authorities. in addition, men were kept in the filtration prisons of Sedovo and Kozatske. According to videos from Telegram, people took to the streets - and the officials hid from them.[3]

On July 8, the same Ukrainian official wrote about a new riot in the same outskirts neighborhood:

Residents gathered at the school [see the photo above] demanding to urgently resolve the problem with drinking water, electricity and transport. About 3,000 people and at least 200 children remain cut off from the minimum basic conditions of existence. The protest meeting took place after the death of two pensioners in the middle of the street, who were trying to overcome the kilometers from Volunterovka to the center of the district in the heat. The local occupation authorities tried to feed them with promises, but in the end they simply ran away under the protection of Russian machine gunners. People are left to their own devices. Most of the men from this neighborhood are still in the filtration colony in Sedovo.[4]

The next day, under the pressure of unrest and resonance, the occupiers turned on the water. However, because of destroyed communications, it appeared as fountains and rivers on the streets. Many basements and apartments were flooded too.

Two days ago there was information that Mariupol residents refuse to work on the Russian building sites. Schedule from 8 a.m. to 8 p.m. in inhumane conditions. Without water in the sunshine. Silent sabotage, even the "big" announced salary of 45,000 rubles doesn't save. And workers of the metallurgical plant Illich Steel and Iron Works staged their own quiet rebellion at the enterprise, refusing to go to the explosive remains. The Russians returned the sappers, so the debris clearing was almost stopped.

By the way, Kharkov municipal officials this month also decided to demolish one of the oldest estates in the city, built in 1832, after damage to the facade by a Russian missile attack. Аll developers are very interested to get land in the very historical heart of the city! However, after the reaction of our readers, these plans were stopped at least temporarily.

In addition, see another our recent material concerning the overthrow of the tsarist army administration for several days by the East Ukrainian peasants in that old times due to unwillingness to become military serfs.[5]

Glory to the heroes of community mutual aid! Build popular strength from below!

[4] 'filtration camps' are concentration camps used to process Ukrainian citizens from regions under Russian occupation before transferring them into Russia. Beatings and torture are common. see https://en.wikipedia.org/wiki/Russian_filtration_camps_for_Ukrainians