Sabotage on a Military Railway Line in Russia 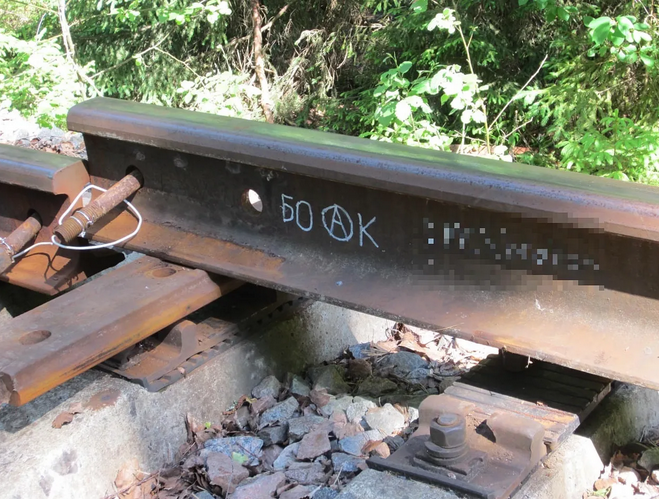 The BOAK-Vladimir cell takes responsibility for the sabotage on the railway line leading to the military unit 55443 VD Barsovo (51st arsenal of the Main Missile and Artillery Directorate of the Ministry of Defense of the Russian Federation) near Kirzhach. Unlike the previous attack, where we took responsibility without waiting for the result (we decided to publish information to show all the guerrillas how accessible this is a target for the attack), for subsequent actions we chose a strategy of waiting for the result, without publishing a report until either success was achieved or the facts that the sabotage was detected were obtained.

Unfortunately, in this case, we received reliable information (a video on the offer from a subscriber, apparently, a driver who was driving along this branch) that sabotage was discovered on the evening of June 25. Nevertheless, even in this form, sabotage caused harm to the enemy, delaying the movement of trains with military equipment, and causing economic damage in connection with the need to restore railway tracks. What was done: Unscrewed 34 nuts (17 on each side) holding the rail. Unscrewed 4 nuts connecting the joint. The rail at the joint is raised, laid on the connecting plate (so as not to fall into place) and pulled aside. The rails were closed together by a wire, in case a signal current is transmitted along the rail, to detect the opening (thanks to the advice from subscribers).