Inside the FBI Entrapment Strategy

The Latest Trend in Repression

Why Entrapment? Why Now?

How to Destroy a Movement

In April and May 2012, the FBI initiated a spate of entrapment operations designed to frame anarchists as “terrorists.” Significantly, they did not target longtime organizers, but rather people who were relatively peripheral to anarchist communities. It’s important for us to understand how this entrapment strategy works and why the FBI has adopted it. If you have been approached by police or FBI to become an informant, or are concerned that you or someone you know might be, please read this.

Never undertake or discuss illegal activity with people you haven’t known and trusted for a long time. Don’t trust people just because other people trust them or because they are in influential positions. Don’t let others talk you into tactics you’re not comfortable with or ready for. Be aware that anything you say may come back to haunt you, even if you don’t mean it. Always listen to your instincts; if someone seems pushy or too eager to help you with something, take some time to think about the situation. Reflect on the motivations of those around you—do they make sense? Get to know your comrades’ families and friends.

These practices are sensible, but insufficient; we can’t only think of security individualistically. Even if 99 out of 100 are able to avoid getting framed, when agents provocateurs manage to entrap the 100th one we still end up all paying the price. We need a security culture that can protect others as well, including vulnerable and marginal participants in radical spaces who may be particularly appetizing targets to federal bounty hunters. In addition to looking out for yourself, keep an eye on others who may put themselves at risk.

For example, imagine that you attend a presentation, and one person in the audience keeps asking crazy questions and demanding that people escalate their tactics. It’s possible that this person is an agent provocateur; it’s also possible that he’s not an agent, but a hothead that might make a very attractive target for agents. Such individuals are typically shunned, which only makes them more vulnerable to agents: “Screw these squares—stick with me and we’ll really do something!” Someone who has nothing to lose should approach this person in a low-stress environment and emphasize the importance of proper security culture, describing the risks that one exposes himself and others to by speaking so carelessly and urging him to be cautious about trusting anyone who solicits his participation in illegal activity. A ten-minute conversation like this might save years of heartache and prisoner support later on.

The Latest Trend in Repression

Not so long ago, it seemed that the FBI focused on pursuing accomplished anarchists: Marius Mason and Daniel McGowan were both arrested after lengthy careers involving everything from supporting survivors of domestic violence to ecologically-minded arson. It isn’t surprising that the security apparatus of the state targeted these activists: they were courageously threatening the inequalities and injustices the state is founded upon.

However, starting with the entrapment case of Eric McDavid—framed for a single conspiracy charge by an infiltrator who used his attraction to her to manipulate him into discussing illegal actions—the FBI seem to have switched strategies, focusing on younger targets who haven’t actually carried out any actions.

They stepped up this new strategy during the 2008 Republican National Convention, at which FBI informants Brandon Darby and Andrew Darst set up David McKay, Bradley Crowder, and Matthew DePalma on charges of possessing Molotov cocktails in two separate incidents. It’s important to note that the only Molotov cocktails that figured in the RNC protests at any point were the ones used to entrap these young men: the FBI were not responding to a threat, but inventing one.

In early 2012, the FBI have shifted into high gear with this approach. Immediately before May Day, five young men were set up on terrorism charges in Cleveland after an FBI infiltrator apparently guided them into planning to bomb a bridge, in what would have been the only such bombing carried out by anarchists in living memory. During the protests against the NATO summit in Chicago, three young men were arrested and charged with terrorist conspiracy once again involving the only Molotov cocktails within hundreds of miles, set up by at least two FBI informants. 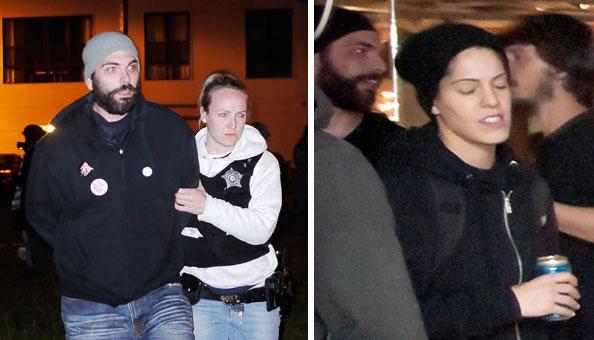 None of the targets of these entrapment cases seem to be longtime anarchist organizers. None of the crimes they’re being charged with are representative of the tactics that anarchists have actually used over the past decade. All of the cases rest on the efforts of FBI informants to manufacture conspiracies. All of the arrests have taken place immediately before mass mobilizations, enabling the authorities to frame a narrative justifying their crackdowns on protest as thwarting terrorism. And in all of these cases, the defendants have been described as anarchists in the legal paperwork filed against them, setting precedents for criminalizing anarchism.

Why Entrapment? Why Now?

Why is the FBI focusing on entrapping inexperienced young people rather than going after seasoned anarchists? Isn’t that just plain bad sportsmanship? And why are they intensifying this now?

For one thing, experienced activists are harder to catch. Unlike anarchists, FBI agents work for money, not necessarily out of passion or conviction. Their reports often read like second-rate homework assignments even as they wreck people’s lives. Agents get funding and promotions based on successful cases, so they have an incentive to set people up; but why go after challenging targets? Why not pick the most marginal, the most vulnerable, the most isolated? If the goal is simply to frame somebody, it doesn’t really matter who the target is.

Likewise, the tactics anarchists have actually been using are likely to be more popular with the general public than the tactics infiltrators push them towards. Smashing bank windows, for example, may be illegal, but it is increasingly understood as a meaningful political statement; it would be difficult to build a convincing terrorism case around broken glass.

Well-known activists also have much broader support networks. The FBI threatened Daniel McGowan with a mandatory life sentence plus 335 years in prison; widespread support enabled him to obtain a good lawyer, and the prosecution had to settle for a plea bargain for a seven-year sentence or else admit to engaging in illegal wiretapping. Going after disconnected young people dramatically decreases the resources that will be mobilized to support them. If the point is to set precedents that criminalize anarchism while producing the minimum blowback, then it is easier to manufacture “terror” cases by means of agents provocateurs than to investigate actual anarchist activity.

Above all, this kind of proactive threat-creation enables FBI agents to prepare make-to-order media events. If a protest is coming up at which the authorities anticipate using brutal force, it helps to be able to spin the story in advance as a necessary, measured response to violent criminals. This also sows the seeds of distrust among activists, and intimidates newcomers and fence-sitters out of having anything to do with anarchists. The long-range project here, presumably choreographed by FBI leadership rather than rank-and-file agents, is not just to frame a few unfortunate arrestees, but thus to hamstring the entire anti-capitalist movement.

How to Destroy a Movement

As we saw in the Green Scare, FBI repression often does not begin in earnest until a movement has begun to fracture and subside, diminishing the targets’ support base. The life cycle of movements passes ever faster in our hyper-mediatized era; the Occupy phenomenon peaked in November 2011 and has already slowed down, emboldening the authorities to consolidate control and take revenge.

As anarchist values and practices become increasingly central to protest movements, the authorities are anxious to incapacitate and delegitimize anarchists. Yet in this context, it’s still inconvenient to admit to targeting people for anarchism alone—that could spread the wrong narrative, rallying outrage against transparently political persecution. Likewise, they dare not initiate repression without a narrative portraying the targets as alien to the rest of the movement, even if that repression is calculated to destroy the movement itself.

Fortunately for the FBI, a few advocates of “nonviolence” within the Occupy movement were happy to provide this narrative, disavowing everyone who didn’t affirm their narrow tactical framework. Journalists like Chris Hedges took this further by framing the “black bloc” as a kind of people rather than a tactic—despite even the Chicago Sun-Times comprehending the distinction. Hedges led the charge to consign those who actively defended themselves against state repression to this fabricated political category—in effect, designating them legitimate targets. It is no coincidence that entrapment cases followed soon after. 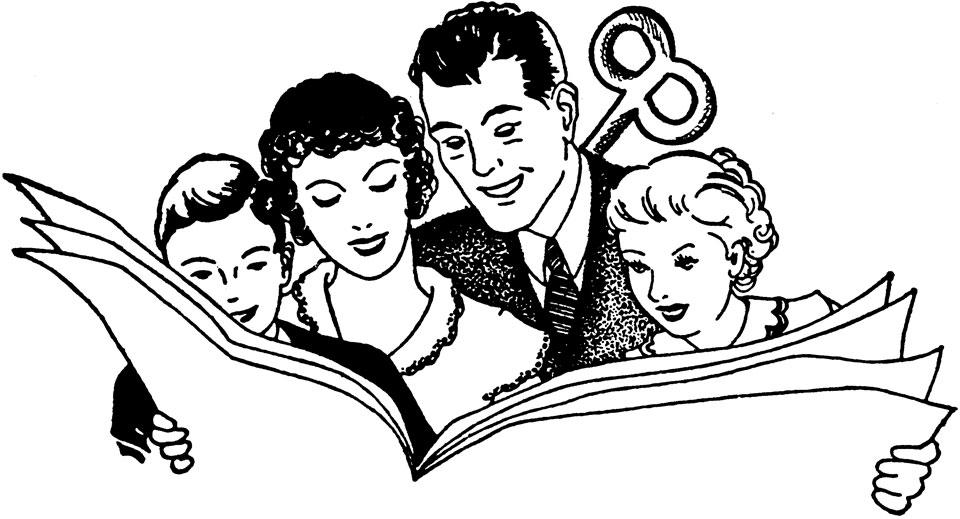 The authorities swiftly took up this narrative. In a recent Fox News article advancing the FBI agenda, we see the authorities parroting Chris Hedges’ talking points—“they use the Occupy Movement as a front, but have their own violent agenda”—in order to frame the black bloc as a “home-grown terror group.” The article also describes the Cleveland arrestees as “Black Bloc anarchists,” without evidence that any of them have ever participated in a black bloc.

The goal here is clearly to associate a form of activity—acting anonymously, defending oneself against police attacks—with a kind of people: terrorists, evildoers, monsters. This is a high priority for the authorities: they were able to crush the Occupy movement much more quickly, at least relative to its numbers, in cities where people did not act anonymously and defend themselves—hence Occupy Oakland’s longevity compared to other Occupy groups. The aim of the FBI and corporate media, with the collusion of Chris Hedges and others, is to ensure that when people see a masked crowd that refuses to kowtow to coercive authority, they don’t think, “Good for them for standing up for themselves,” but rather, “Oh no—a bunch of terrorist bombers.”

To recapitulate the FBI strategy: 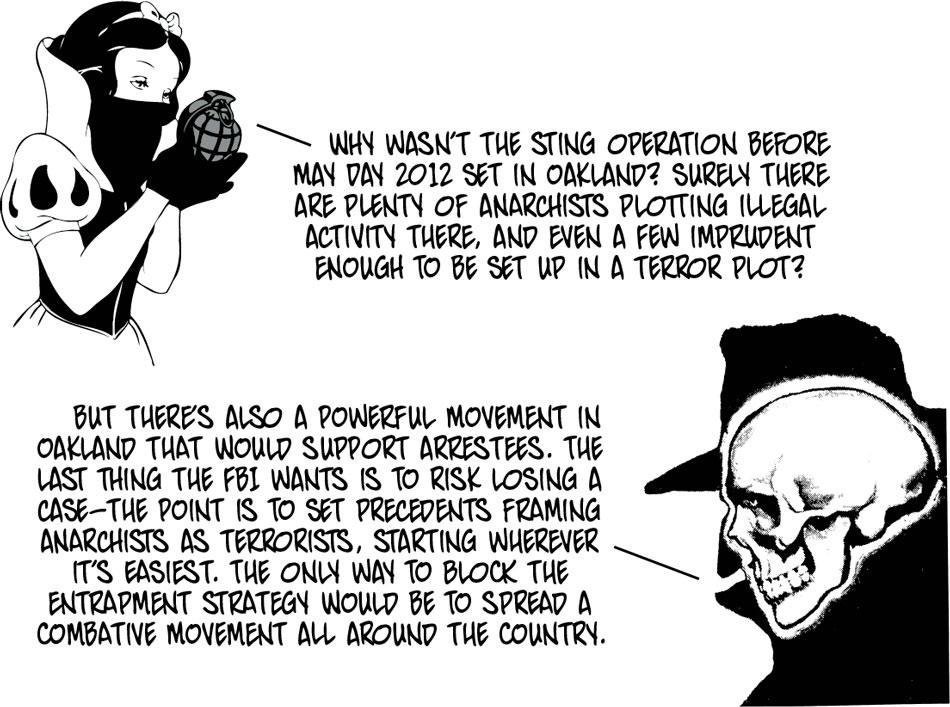 The authorities are explicitly announcing that there will be more of these “sting operations” at the upcoming Republican National Convention in Tampa. We can expect more and more “unsportsmanlike” entrapments in the years to come.

For decades now, movements have defended themselves against police surveillance and infiltration by practicing security culture. This has minimized the effectiveness of police operations against experienced activists. However, it can’t always protect those who are new to anarchism or activism, who haven’t had time to internalize complex habits and practices, and these are exactly the people that the FBI entrapment strategy targets.

Three years ago, we called for a collective security culture that could protect even newcomers against infiltrators. In a time of widespread social ferment, however, even this is not sufficient to thwart the FBI: we can’t hope to reach and protect every single desperate, angry, vulnerable person in our society. Infiltrators need only find one impressionable young person, however peripheral, to advance their strategy. These are inhuman bounty hunters: they don’t balk at taking advantage of any weakness, any need, any mental health issue.

If we are to protect the next generation of young people from these predators, our only hope is to mobilize a popular reaction against entrapment tactics. Only a blowback against the FBI themselves can halt this strategy. This will not be easy, but there is no better alternative.

Don’t stop speaking out, organizing, and fighting—that won’t stop them from repressing us or entrapping people. Retreating will only embolden them: we can only protect ourselves by increasing our power to fight back, not by withdrawing, not by hiding, not by behaving.

The best defense is a good offense. So long as capitalism is unstable—that is to say, until it collapses—there will be repression. Let’s meet it head on. 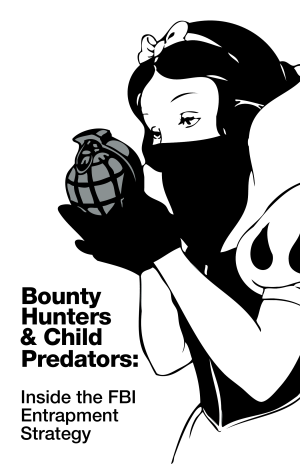 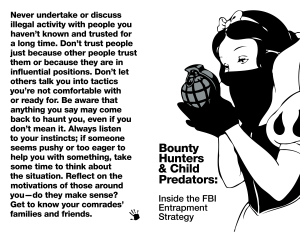