Title: "this is not a war where there is space for ideological purity"
Subtitle: an interview with a member of the Ukrainian Resistance Committee
Author: Resistance Committee
Topics: internationalism, Resistance Committee, russia, ukraine, war
Date: 2022
Publication date: Jun 7, 2022
Source: Retrieved on 2022-06-07 from Operation Solidarity. Published in May 2022 in German in the Sozialistische Zeitung
Plain PDF Letter imposed PDF A4 imposed PDF EPUB (for mobile devices) Standalone HTML (printer-friendly) XeLaTeX source plain text source Source files with attachments Edit this text Add this text to the bookbuilder Select individual parts for the bookbuilder 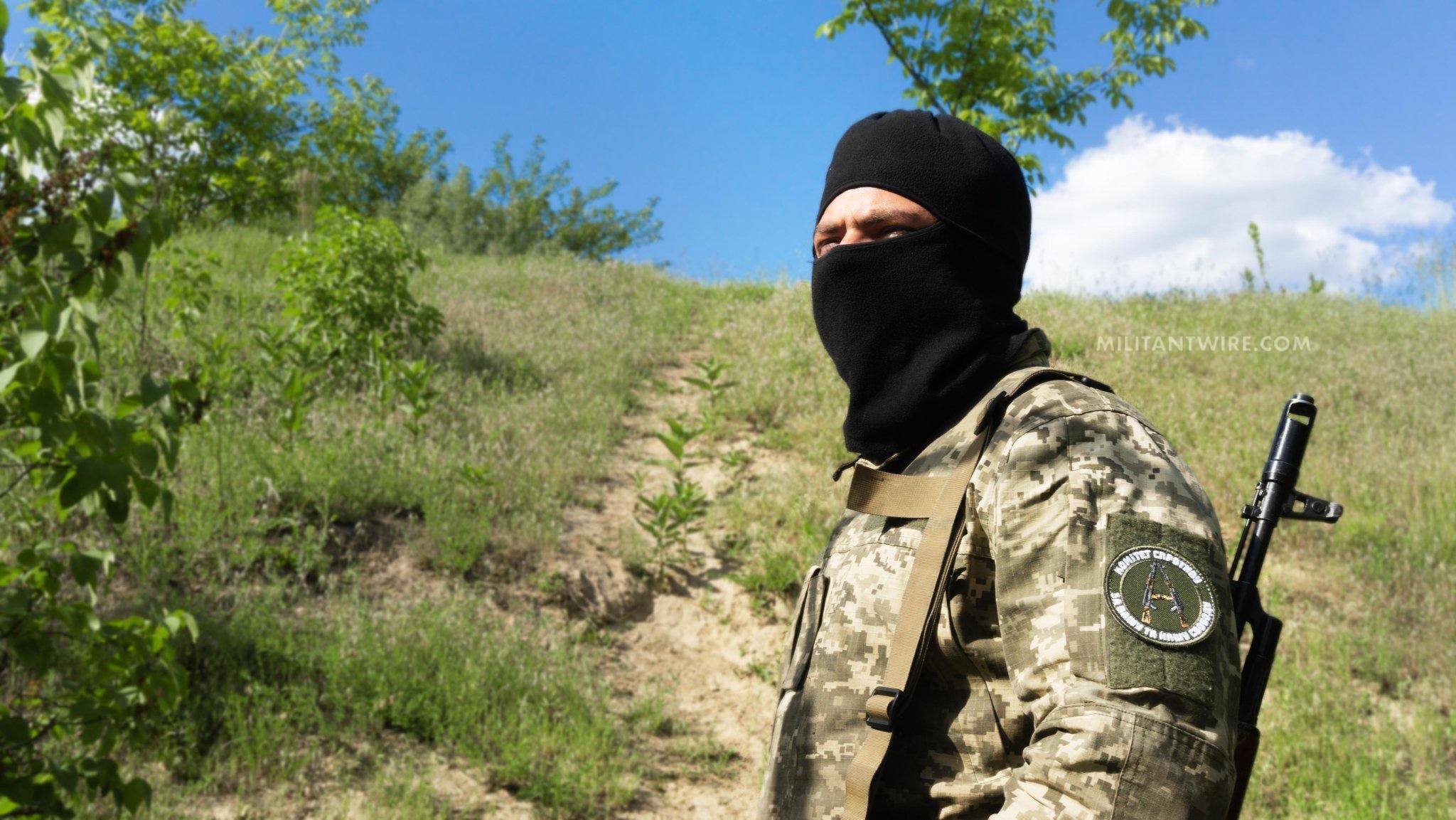 Can you introduce your group? How did it come into being? Who is involved? What are its tasks?

Resistance Committee is a network of anarchist and antifascist activists who have joined the Territorial Defense forces and resist the Russian imperialist aggression with arms. About 50 of them joined one unit to fight together; others joined the units, which were near them. Many Belarusians who had to flee from Lukashenko’s dictatorship joined as well. The experiences of the fighters wary depending on the place they joined the units – from simple patrol duties to assistance in destroying Russian tanks and artillery positions. Operation Solidarity is a network of activists who didn’t take arms but are working on providing equipment for the antiauthoritarian activists in Territorial Defense forces, such as bulletproof vests, medical kits and other tactical equipment which the state is not able or is to slow to provide. The initiative is also providing humanitarian work in those places it can.

On your website I can see that you participate in the armed resistance. What does that mean? How are you organized?

What is the relationship between your armed actions and the Ukrainian army? Who is in command?

The Territorial Defense forces are under operational control of the Ukrainian army and can be used as auxiliary units if the operational command decides so. They are completely volunteer forces, however, they receive official salaries. Most of the on-place commanders are ex-army service members who retired but took arms again after the full-scale invasion. Individuals who want it can be transferred to the regular army on request if the army agrees to their candidacy.

Thousands of foreign volunteers have taken up arms in Ukraine. What kind of people are they?

Belarusian volunteers are very active. As I already mentioned, some of them joined the Resistance Committee, however, many belarusians with anarchist views joined a special Belarusian unit which is the size of a regiment now and are making plans of going to Belarus and start a revolution there in order to overthrow Belarusian dictator Alexander Lukashenko after the war in Ukraine is over.

Are you being attacked by extreme right-wing groups?

You call yourselves anti-authoritarian resistance. How do you manage to distance yourselves from government policy – also with respect to the time after the war?

Unfortunately, this is not a war where there is space for ideological purity or any choices. Putin’s regime is an extremely authoritarian one, with no freedom of speech or assembly, suppression and murder of political opponents, fake criminal allegations against activists, including anarchists, prosecutions against LGBTQ+ community. When the invasion started, I assumed that a lot of Ukrainian political activists, no matter if right, centrist or left – will be put in jail by the puppet government which Putin would install, and that the list would likely include me. After the massacre in Bucha it is clear that my assumption was too optimistic, all of political activists (or people who will be suspected of activism) would be straight up murdered. Moreover, the massacres would likely increase to a scale of genocide, as Russian propagandists are already openly speaking that all who are in Ukrainian military or help it should be considered ‘Nazis’ and therefore purged. That involves at the very least hundreds of thousands people, most likely number would be in millions, as most of the population is supporting the Ukrainian military in one way or another. Therefore, this is both a fight for survival and for preservation of basic political liberties we have. We consider this situation quite similar to that of Spanish anarchists, who fought under operational command of Spanish Republican army against Franco’s dictatorship, and who later joined the Free French army to fight against Nazism. While a lot of people speak of ‘Ukrainian Nazism’, the far right lost all of their seats in parliament during the last election and decreased their presence on the streets, Putin’s regime resembles the fascism more and more each day.

What do you expect from the international solidarity of the left?

Despite of the proclaimed in 2014 ‘sanctions’ and proclaimed support for Ukraine, NATO countries later sold enormous amounts of military equipment to Russia, worth of millions of Euros. Germany was the second largest supplier of those weapons, with more than 130 million Euros in revenues in 2015-2020. Those weapons are now used to kill Ukrainians. So much for the ‘NATO arms Ukraine’ argument. Now, as the full-scale war has started and the war crimes are committed by the Russian army on a daily basis, there is no other option to prevent further loss of civilian lives but by a military defeat of the Russian units operating on Ukrainian territory. So I would ask from the international community of the left to support, or at the very least not to block the shipments of weapons to Ukraine, as well as support . I understand that this might be hard considering that the left community had spent decades criticizing NATO policies. However, the policy of some of the left ‘I would support anyone as long as they are against the USA and NATO’ had clearly showed its flaws, resulting in mass war crimes of so-called ‘anti-American’ dictatorships.

So far, the international community has shown amazing solidarity with the refugees from Ukraine, and we are grateful for that. I hope that such warm welcome will be used as an example for all of the future crises. And such crises will surely come in the nearest future: Ukraine has exported millions tons of food to the Middle East and Africa, feeding more than 300 million people in those regions. The threat of hunger in those regions is almost imminent. I suppose that we are on the brink of numerous conflicts around the world with horrifying consequences, which would echo through all other countries. The international left must prepare for them, both in theory and practice.

As for now, you can support the refugees or Solidarity Collectives through https://nowar.help. It is a website where you can find the way to do it, either by donations or by any other means you see preferable.

Thank you very much for your willingness to give us this interview.