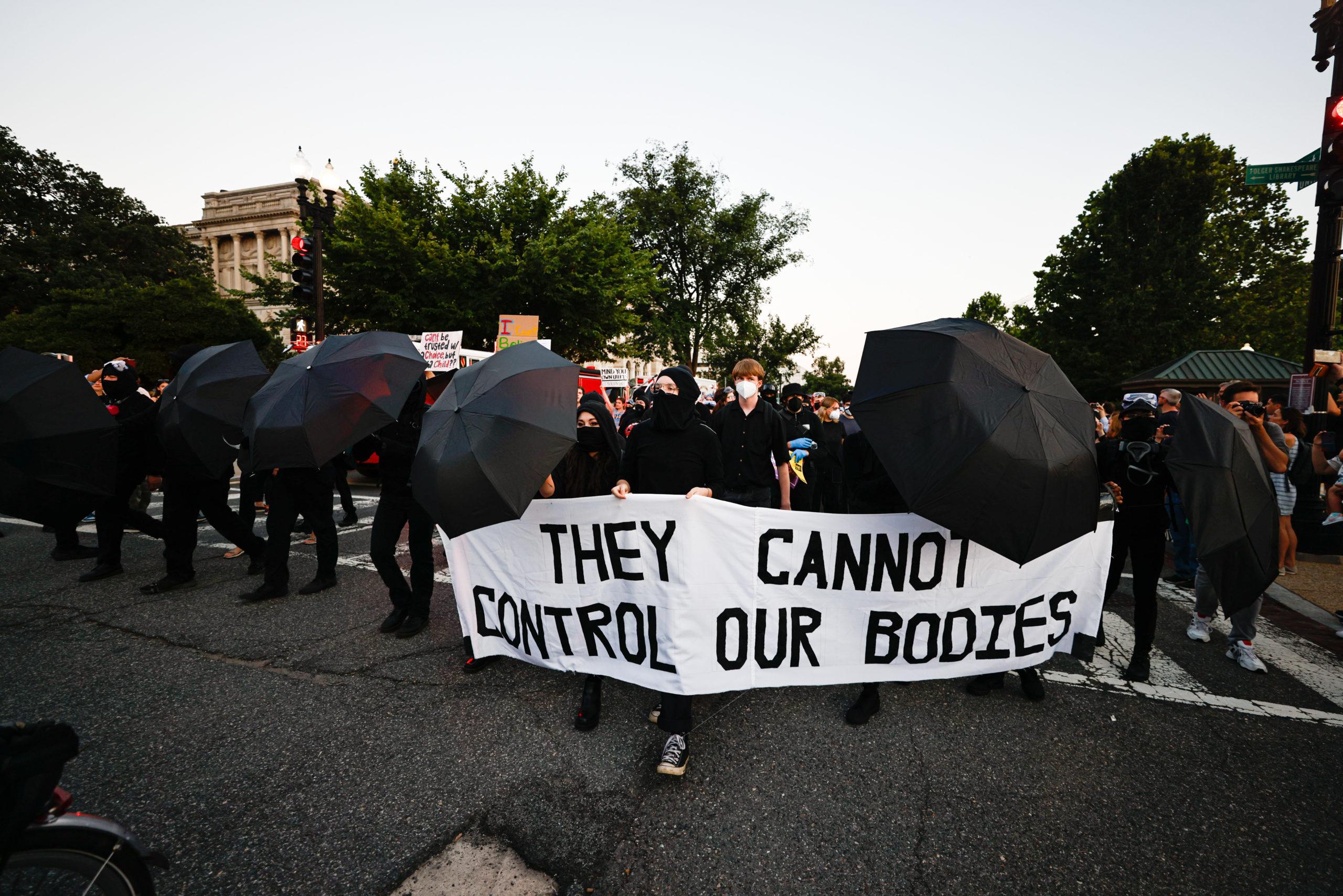 It is becoming widely understood that the shot callers in the Democratic Party have no intention to stick their necks out to preserve abortion access. For the most cynical of the Democratic politicians, the overturning of Roe v. Wade represents an opportunity to improve their job security by the changing the subject back to electoral politics once again. Yet a coherent grassroots strategy for resisting the criminalization of abortion has yet to emerge. Let’s talk about what such a strategy might entail.

This is especially pressing as today’s Supreme Court is not finished reshaping the legal landscape. They may continue to hand down decisions like the overturning of Roe v. Wade for years or even decades to come.

Intentionally or unintentionally, the leak of the Supreme Court ruling may have functioned to defuse resistance rather than to catalyze it. It gave the general public a chance to get used to the bad news before it was confirmed, ensuring that people who might otherwise have been shocked into action behaved in more predictable ways. Liberal organizations took advantage of the advance warning to organize rallies channeling people’s rage and heartbreak into largely symbolic actions, but there was no comparable effort to coordinate an offensive participatory strategy based in direct action.

What follows is a tentative effort to talk strategy as we embark on the next chapter of a centuries-long struggle. What can direct action offer the fight for reproductive freedom?

First, there are some things that you can accomplish by acting on your own without waiting for anyone else. If you want the wall down the street to express support for people who need abortion access, grab some spray-paint and go out tonight. Likewise, you can stockpile abortion pills and get them to those who need them along with information about how to use them.

Second, there are many ways to extend support to those who will be most impacted by the criminalization of abortion. One of the most fundamental effects of the banning of abortion in half of the United States will be that millions of people who did not previously consider themselves radicals will experience the courts, the laws, and the police as their enemies in an immediate, visceral way. While this may legitimize illegal activity for some who previously had a superstitious faith in the rule of law, it will also have consequences similar to the impact of the laws criminalizing marijuana: in anti-choice states, the wealthy and privileged will be able to access abortion easily enough, while poor people from targeted demographics will suffer egregiously. Drawing on the examples of No More Deaths and similar solidarity projects, we should not underestimate the tremendous amount of effort this kind of organizing will require, nor how difficult it will be to get support to those who need it most. This work is crucial, but is essentially defensive in character.

Finally, movements can use direct action to exert leverage within society, including on those who aim to criminalize abortion. This is what we mean by an offensive strategy: in addition to responding to the negative consequences of the Supreme Court verdict, taking steps to push back against it.

In order to use direct action to exert leverage in this way, you have to:

The person or group you focus on could be the ones responsible for the injustice you seek to address, or they might have no direct connection to the injustice but be positioned in such a way that they could do something to stop it. The action you take need not be adversarial—it could be as simple as serving delicious food at a demonstration to ensure that people show up who might not otherwise attend.

To offer another example: if opponents of abortion access sincerely wished to diminish the total number of abortions in the United States, they would focus on providing resources and community support to everyone who might become pregnant, so that no one would feel that they are too poor or too isolated to be able to raise a child. That would be the only surefire way to diminish the number of both legal and illegal abortions. The fact that, instead, the anti-choice movement has focused almost exclusively on legislation shows that in fact, their actual goal is to impose patriarchal control over people’s bodies by means of state violence.

It’s important to spell this out: if your goal is to exert leverage, you have to identify a group you can actually exert leverage on—a group that is likely to change course as a consequence of your intervention. If there are no circumstances under which those you are seeking to influence would make a different decision, or if they have already made their decision, it might make sense to focus your efforts elsewhere. You have to make sure that the target of your efforts has a choice—then make them an offer they can’t refuse.

Right now, the basic strategic problem is that no one has fleshed out a proposal to make suppressing abortion access the least desirable choice for the Republicans or their centrist accomplices. The Republicans are getting what they want: the more that their efforts to criminalize abortion outrage and harm people, the better, as wielding power over others’ lives is precisely what energizes their base. But Democratic politicians also have no great incentive to take risks to defend abortion access. Though Bernie Sanders, Alexandria Ocasio-Cortez, and others have proposed a strategy to codify abortion rights into law, most Democrats are determined to sit on their hands, hoping that this issue will help them in the midterm elections—regardless of the risks that those who are being criminalized face today.

This is consistent with Democrats’ efforts to re-legitimize the police and other institutions of the state in the wake of the 2020 uprising—and to do so even as Republicans are poised to gain control of those institutions and keep control of them by coup if necessary. These are the workings of the political ratchet, in which Republicans continuously push state institutions towards more oppressive agendas while Democrats continuously give ground, keeping those who are suffering invested in the state itself in hopes that it might one day be reformed. If the same pattern plays out in regards to abortion access, there really is no hope other than direct action.

The good news is that if someone can demonstrate a strategy to effectively exert leverage on those who are responsible for suppressing abortion access, countless people will want to participate in it. People may come out to march in circles and listen to speakers a couple times a year, but if they see that there is something meaningful that they can do to effect change directly, they will show up with vigor and enthusiasm. We saw this most recently in summer 2020.