Russian Anarchists against the Putin regime’s war with Ukraine 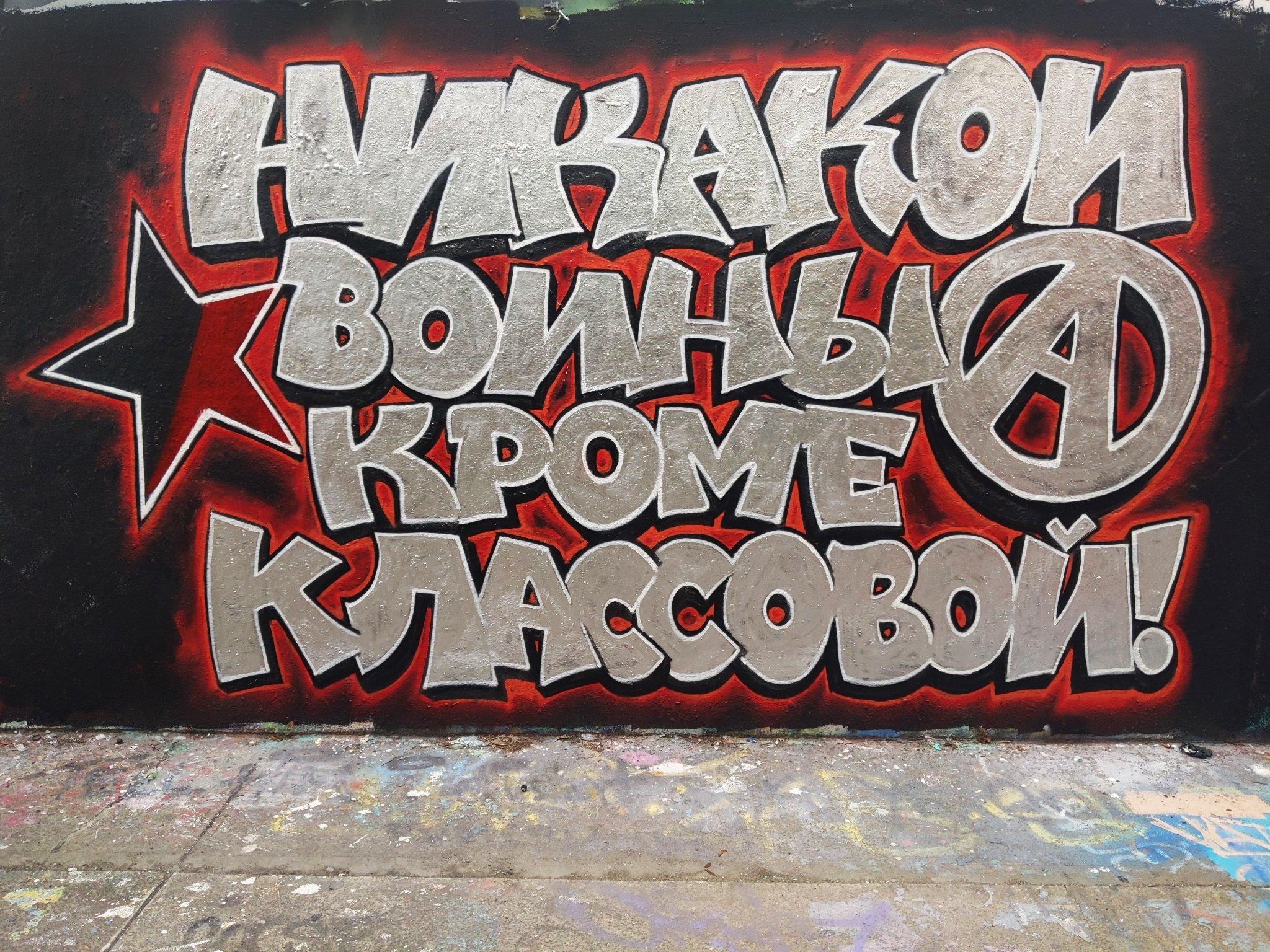 Against the backdrop of a full-scale military operation that began this morning, it is important to note that the Russians do not need this shameful war and there is some opposition in the country against it. Given the strictly authoritarian nature of the Russian regime, these actions should be commended. Over the past few days, dozens of anti-war protests have been held in various cities of Russia – mostly in the form of single pickets. And although under Russian law this form of action does not require notification, most of the picketers who came out were detained.

Yesterday, 23rd February, pickets were held with the participation of anarchists in Moscow, Irkutsk and Perm. Anarchist anti-war graffiti appeared in St. Petersburg, and feminists from the 8th Initiative group held their own action. Some more actions are taking place in Irkutsk and Novosibirsk.

Yesterday 13 people with anti-war posters were detained in various places in Moscow. There were also picketers with signs commemorating the next anniversary of Stalin’s deportation of Chechens and Ingush. Despite the obstacles that the police put in place for the participants in the anti-war actions, the Moscow anarchists managed to distribute anti-war leaflets in the center of Moscow.

Some of yesterday’s detainees were kept in the Arbat police station for more than 5 hours. According to the practice already established in the Moscow police departments, their right to legal defence was restricted and they were allowed to see a solicitor for a 30 minutes only. In the administrative protocols, under Article 20.2, part 5, the detainees were accused of holding a mass rally without notifying the authorities and shouting slogans, although the picketers stood alone and did not chant anything. This too is an established practice in Russia.

Even former professional soldiers who went through Afghanistan condemned the escalation of military hysteria and said that for Russia it could only end with the arrival of coffins from the combat zone. And by the way, police officers also did not say anything to the detained picketers about their protest against the war with Ukraine – apparently, its imminent prospect did not evoke any patriotic feelings in them either.

Today, after the start of the war, dozens of Russians have already taken to the anti-war pickets – and detentions continue. The petition against the war with Ukraine gained more than 100,000 signatures in three hours. Students, graduate students and teachers are preparing an open anti-war appeal.

Across social networks, there are calls on all those protesting against the attack on Ukraine to go to the central squares of their cities at 19.00 today. In Moscow, an action is planned on Pushkinskaya Square, and the OMON [riot police] and the Russian Guard are gathering in the center of the capital.

UPDATE 24/02/22 10pm: At least 1600 people were arrested during protests against the Russian invasion this evening. Among them, over 600 protesters were detained during a rally in Moscow. Anti-war protesters demonstrated in at least 53 cities.

Solidarity is Our Weapon